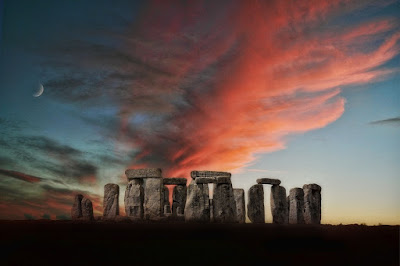 After my experiences in theatre, I wasn't sure if I wanted to continue in that field. But continue I did, and now I have a new solo project to work on.
It's called Tonehenge, and features a stone circle that creates music when touched. The stones are a metaphor for therapy, and they guide my character through three gritty stories of trauma and recovery.
I'll be R&Ding the project this September at Cast in Doncaster, and, all going well, performing it next year. Currently I'm waiting on an Arts Council decision regarding funding, but the project will go ahead regardless of that decision.
One thing I want to do with this R&D is document the process as much as possible. It's hard to do this in the giddy midst of a project, but even harder once it's over and the excitement has faded.
Despite the R&D being next month, the project is still at an early stage. My intention is to work on music and drafts intensively over the next month. I'd initially intended to devise the whole thing in the R&D week, but then realised I'd make better use of the time and resources if some of the groundwork was already done.
Before I can do that, though, I need to submit images and copy for Cast's brochure. The deadline for this is looming, so it's the first priority. I can knock up copy in a matter of half an hour, but images are somewhat harder when the project is still in its infancy.
So over the last week I've been creating part of the set - just enough to get the gist of the show across in a few photos. It's been a frenzy of cutting, sticking, and painting to create a large 'stone' from a big cardboard box. I've also got false ivy, brown fabric to hang as 'tree trunks', and a fog machine to create some mysterious mist. Luckily, I also have access to a theatre, where these photos can be taken.
I don't have a photographer, but I do have a tripod and a phone. Or if I'm very lucky, I might be able to get a budding photographer friend to help out.
As of yesterday (Thursday 15th August), the script is well and truly underway, with the first of the three stories drafted out. This isn't quite a third of the full draft, though, as the third story will be longest, so it's probably a quarter finished at this point. That's not bad going, considering I still have a month left, relatively free of any other work. I'm looking forward to getting stuck into more writing next week. 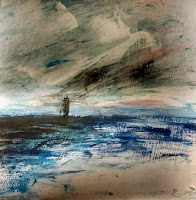 There are big changes ahead, and they can't come fast enough for me.

After years of being unable to buy a house due to being on a debt plan, and the damage this does to your credit record, I've finally been able to become a joint homeowner. Brian and I will be moving into the centre of Doncaster, and I'm looking forward to setting up my new recording studio in the new house's huge basement.

While I've been waiting for that to go through, I've also been doing more to explore visual art as a creative outlet and therapy tool. My Mum generously bought us both an all-day workshop at www.amity4art.co.uk in Newmillerdam, and this has kick-started my creativity. The last few days I've been working on a new canvas and a few sketches, and this has lifted my mood considerably. The folks running the workshop were Jan & Ted - both talented artists - and their easygoing approach was refreshing and inspiring.  Here are two pieces I worked on whilst at their house: 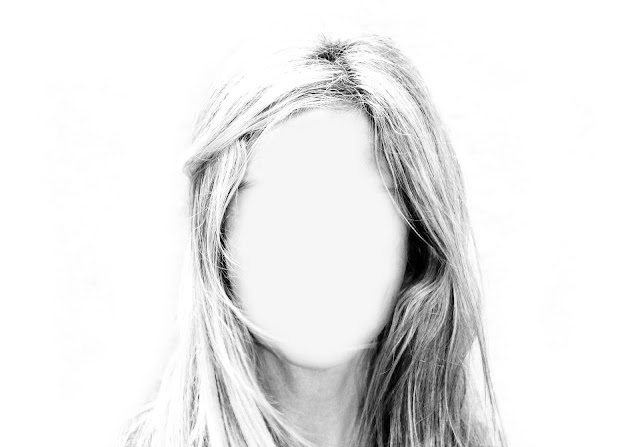 Our everyday, conscious, adult 'self' resides largely in the left hemisphere of the brain. This self is sophisticated; it uses language, it can rationalise like an adult and it 'keeps on keeping on' even when life is imploding all around. But in the right hemisphere, things are different. The right hemisphere doesn't think; instead, it feels. It has no ability to rationalise what it is feeling, and it's…